Set in the River Fowey Valley in Cornwall UK. The Valley Trilogy is an historical fiction based around the ancient ‘Michael and Mary’ energy lines in Cornwall UK.

Part One, Fintan’s Tale, takes place two-thousand years ago. Young Fintan, a tanner’s boy, is given a gift by a passing stranger. A strange flower gives him the ability to heal through the manipulation of energy. There is a witch who knows what he has. She wants his power and tracks down his hiding place to set a trap.

Fintan is adopted by Lugh, a Chieftan at Castledore, from where the Celtic overlord controls the ancient gold route through Cornwall.  Apprenticed to the medicine man, the boy inhabits what is now the beautiful Fowey River Valley in Cornwall, UK. He learns the ways of foraging, picking and storing plants and herbs, the seasons of the sun and the moon. With his gift, he heals all who come to him.

Fintan discovers the special places in this beautiful valley where an ancient power resides in the granite. He learns to see the ancient forces of power that lie slumbering in the earth. He discovers hidden secrets of water and how the ancient power can be woken and stored for use by mankind. Dark forces gather in the valley as raiders find out about the gold at Lugh’s fort and Fintan is caught right the middle of a battle for possession.

He has been waiting two-thousand years to tell you his story.

This first novel of a trilogy is available to you in print format as a black and white paperback.

Try a free chapter [  https://www.simonthescribe.com/books-from-simon-the-scribe/the-fowey-valley/the-valley-fintans-tale/ ] or please purchase this paperback book direct from Lulu.com on this link: 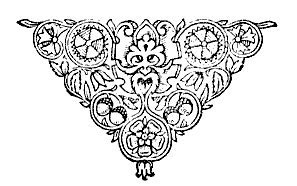 The Valley 2: Lostgwdeyel is the second part of an historical fiction featuring the ancient ‘Michael and Mary’ energy lines in Cornwall UK.

In the ancient capitol of Cornwall lives a teacher called Andrew. He teaches ‘A’ level Communication Studies and other media subjects at the local college. When taking his son and a party of children around the woods in the holidays, a ghost boy follows them home.  Using Speak-Write software Andrew tranceives the story of the boy, born two-thousand years ago in the Valley of the River Fowey.

The spirit of the boy, held in the energy matrix of the valley for two-thousand years, sets Andrew a task. He must mend a break in the ancient Dragon Line on the Michael and Mary Lines which weave their energies from Land’s End to Norfolk and on, around the planet.

One of the lines has been purposefully broken when geomancers harvested the ley for life-giving energy, but now such things are unknown and forgotten. The line was never repaired and over time this has unbalanced the male and female energies of the Earth. The feminine energies of the planetary matrix are being strangled by a cruel patriarchy.

Andrew visits Druids Hill, Restormel Castle, Castledore and many other places in the valley. He maps the ley-lines discovering for himself the ancient ways that cross the land of the River Fowey Valley in Cornwall UK. His teaching career is terminated by the Child Support Agency, he finds love in a tantric liaison and finds that a Goddess is missing from the font.

His quest takes him to the church, set on an ancient site of worship, wherein a mystery resides.

This second novel of a trilogy is available to you in print format as a black and white paperback.

or please purchase this paperback book direct from Lulu.com on this link: Lostgwdeyel

The Valley 3: Snake Catcher is Part 3 of a trilogy set in the Fowey River Valley. The final novel inter-weaves stories from Fintan and Andrew.

Fintan bounces through time, inhabiting minds and bodies with his consciousness. He becomes Silas Titus, an officer in the Civil War of 1644, pamphleting against Cromwell. He is a traveller on the way to Men-an-Tol, visiting the village in 1757 where he is harvested for ‘new blood’ and sacrificed to bless the fields. He is drawn to inhabit a Roman soldier in 300 AD when his precious gift is evicted from the tree.

Picking up clues to the fate of his mysterious powers over time, Fintan finally melds with the mind of Andrew in his quest to fix the Michael and Mary Line and restore the balance.

In the mean time, Andrew has a tantric fling with an ex. As a result he books onto a course and learns more about an energy dimension. He takes a spiritual journey with his ‘tutor’, an elderly Cornish lady who educates him in feminism. He tracks down the fault in the ley-line where a geomancer has altered the flow of energies around the font of the Snake Catcher.

This third novel of a trilogy is available to you in print format as a black and white paperback.

Please purchase this paperback book direct from Lulu.com on this link: COMING SOON

Writings from the Cosmic Scribe